Sit back and listen 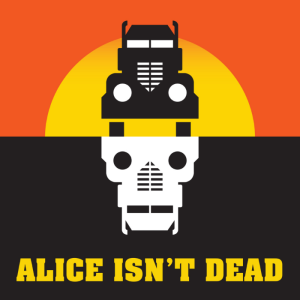 The art for the fictional podcast “Alice Isn’t Dead,” which is about a female truck driver searching for her missing wife, is just brilliant.

Some time ago, I wrote a post about the true crime podcasts I’d discovered. As I explained in that post, I spend so much time in front of a computer screen both for medical school and in my personal life that the idea of relaxing in front of another screen (i.e., my TV) just doesn’t always appeal to me. Plus, there’s something about simply listening, hearing the narrative but without someone else’s visual interpretations, that sparks my imagination. I get to paint people’s portraits and create the contours of the landscape. So for all those reasons, radio is ideal. Magical, even.

But as I was listening to one of those nonfiction podcasts awhile ago, I realized that I really just wanted … a story. Not a real one, not one that truly happened. I wanted to escape into the world of fiction. I’m actually surprised that this didn’t occur to me sooner. I’ve always loved reading fiction. And as a kid, my dad would read aloud to my family each night from a chapter book — our own version of a serial audio story. So I started poking around iTunes. Before long, I had amassed an overwhelming list of fiction podcasts to try. Here are the ones I’ve tried so far and highly recommend. I’ll include each show’s link and official description, as well as a few words of my own.

The Black Tapes. This docudrama is one of my favorites. The best way I can describe this spooky and addictive show is that it’s like the podcast “Serial” meets “The X Files.” There are three seasons out now. From the show’s official description: “The Black Tapes is a serialized docudrama about one journalist’s search for truth, her enigmatic subject’s mysterious past, and the literal and figurative ghosts that haunt them both. How do you feel about paranormal activity or the Supernatural? Ghosts? Spirits? Demons? Do you believe?”

Rabbits. This is another addictive docudrama, just finished with its first season. It took me a couple of episodes to get into the show, but then I was hooked. From the show’s description: “When Carly Parker’s friend Yumiko goes missing under very mysterious circumstances, Carly’s search for her friend leads her headfirst into an ancient mysterious game known only as Rabbits. Soon Carly begins to suspect that Rabbits is much more than just a game, and that the key to understanding Rabbits, might be the key to the survival of our species, and the Universe, as we know it.” This show is from the same people behind The Black Tapes. 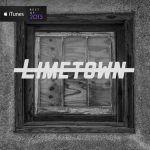 Limetown. I blew through this show’s remarkable episodes in a couple of days. My only disappointment is that there isn’t more to listen to, although apparently a second season is coming out soon. It’s another conspiracy-paranormal-docudrama. Apparently, this is my genre. From the show’s website: “Ten years ago, over three hundred men, women and children disappeared from a small town in Tennessee, never to be heard from again. American Public Radio reporter Lia Haddock asks the question once more, ‘What happened to the people of Limetown?'”

The Message. This show’s first episode didn’t really impress me, and I was about to move on. But I read some incredible reviews of the show, which hit No. 1 in iTunes when it was first released. so decided to stick with it. I’m glad I did. You will be too, if docudramas about aliens is your thing. From the website: “The Message is a new podcast following the weekly reports and interviews from Nicky Tomalin, who is covering the decoding of a message from outer space received 70 years ago. Over the course of 8 episodes we get an inside ear on how a top team of cryptologists attempt to decipher, decode, and understand the alien message.” 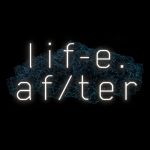 Life After. The premise of this incredible sci-fi show reminds me of “Her,” the 2013 Spike Jonze movie (also highly recommended). From the show’s official description: “The 10 episode series follows Ross, a low level employee at the FBI, who spends his days conversing online with his wife Charlie – who died eight months ago. But the technology behind this digital resurrection leads Ross down a dangerous path that threatens his job, his own life, and maybe even the world.” By the same people who created The Message. 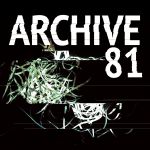 Archive 81. The show’s official description is short: “A podcast about horror, cities, and the subconscious.” I understand why. It’s hard to characterize this podcast. It’s about a guy who goes into this cabin deep in the woods to archive these weird tapes, and horrible things happen from there. It’s gripping. I don’t recommend listening to this one alone in a dark room (which is, of course, what I did).

ars PARADOXICA.  Physics, time travel, awkward scientists, political corruption, and intrigue … this is the world of ars PARADOXICA. From the show’s official description: “ars PARADOXICA is a story about people searching for meaning in a universe that aggressively lacks one, and who occasionally find the next best thing in those around them. It’s also about the way power corrupts. When you’ve got a time machine and the backing of the most powerful nation on Earth, you start to get the idea that you can always tilt the scales in your favor, but there is cost and consequence for every action. Above all, it’s about science, America, and the deeply human desire to fix our mistakes.”

The Deep Vault.  This is another super creepy one, which apparently is another thing I’m into. Also do not recommend being alone in a dark room for this one unless you like imagining that shadows are monsters. From the official description: “The story follows a group of longtime friends as they journey from the uninhabitable surface world into a mysterious underground bunker in search of safety, shelter, and answers to their past. Robotic servants, tooth-filled monsters, and terrible computers collide within the claustrophobic, steel-reinforced walls of The Deep Vault, a modern day homage to the golden age of sci-fi radio drama.” Like Archive 81, this one definitely has horror undertones, but I mean that in the best possible way. 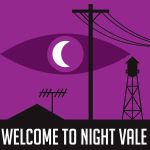 Welcome to Night Vale. I saw one review on iTunes describing this as Garrison Keillor in “Lake Wobegone” meets Stephen King. That was enough to get me to listen to an episode. From the show’s official description: “Welcome to Night Vale is a twice-monthly podcast in the style of community updates for the small desert town of Night Vale, featuring local weather, news, announcements from the Sheriff’s Secret Police, mysterious lights in the night sky, dark hooded figures with unknowable powers, and cultural events. Turn on your radio and hide. ”

Alice Isn’t Dead. This show’s narrator, Alice, a female truck driver, is incredible. As is the writing. The official description: “A truck driver searches across America for the wife she had long assumed was dead. In the course of her search, she will encounter not-quite-human serial murderers, towns literally lost in time, and a conspiracy that goes way beyond one missing woman.”

The Bright Sessions.  This show’s premise is unlike any other. It records psychotherapy sessions between a woman named Dr. Bright and her uniquely talented, but troubled patients. The official description: “The Bright Sessions is a science fiction podcast that follows a group of therapy patients. But these are not your typical patients – each has a unique supernatural ability. The show documents their struggles and discoveries as well as the motivations of their mysterious therapist, Dr. Bright.”

Homecoming. This is a psychological thriller about a human experiment gone horribly wrong. From the show’s description: “Homecoming centers on a caseworker at an experimental facility, her ambitious supervisor, and a soldier eager to rejoin civilian life — presented in an enigmatic collage of telephone calls, therapy sessions, and overheard conversations.” 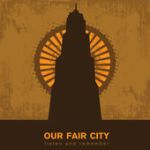 Our Fair City. This podcast is lovably bizarre. “Campy,” according to the official description — and in the best possible, melodramatic way. It’s a post-apocalyptic drama complete with lunatic scientists, the woken dead, mole people, man-eating wolves, and so much more. All of this is packed into episodes that are usually about 15 minutes long, so great for a quick study break. Or a long binge … the creators (based in Chicago!) are currently on season 8, so there’s lots to listen to.

The Leviathan Chronicles. This is an absolutely incredible sci-fi show, another one of my favorite podcasts overall. It follows the lives of people who have become immortal, conflicts between different factions of immortals, and clashes between immortals and mortals. It sounds bizarre, I know, but the story is wonderful, suspenseful, and engaging. There’s also great acting, sound effects, music, etc. It’s supposed to be 50 episodes, but 30-some-odd in, the creator’s wife died of cancer, so there was a long hiatus. But he’s apparently back and working on episodes again, which is exciting news.

There are so many incredible podcasts out there, both fiction and nonfiction. This is truly a return of the golden age for radio (albeit radio you listen to on your phone or computer). While I’ve found some incredible shows, I know I’ve only scratched the surface. If you come across any other podcasts you love, post a comment or send me a message. I’m always looking for new ones to try.

3 Comments to “Sit back and listen”