Q: How do you “eat the elephant” in Uganda?

A: With another medical student. 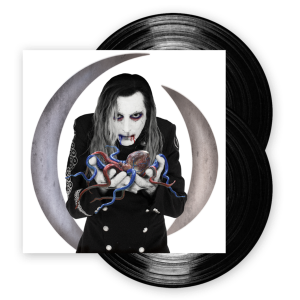 A Perfect Circle, one of my favorite bands, recently released a new album called “Eat the Elephant.” I managed to find a kindred music spirit here in Uganda to listen to it with me.

When one of my favorite bands, A Perfect Circle, released a new album during my time in Uganda, I figured I would have to wait until I got home to hear it. I figured I would listen to it in my New York City apartment, probably by myself, since I don’t know anyone else in town who likes the band.

A medical student from Canada, here at Naggalama Hospital for an international rotation, and I discovered one afternoon that neither one of us could wait to go home and hear the new album, called “Eat the Elephant.” So why not listen to it together? Our own little “release party” here in rural Uganda?

I set up my laptop in his room, propped my phone on the windowsill to get a signal from my Ugandan cellular carrier, MTN, and created a wi-fi hotspot for myself. Then I launched Spotify, ready to stream the album. (I don’t do much streaming here because it eats up data like crazy, but this once was worth it.)

Before I hit “play” though, I went to my favorite lyrics website and loaded the words for each song. My newfound friend did the same.

Then we commenced our concert.

One moment, I was in my own world, lost in the music. Another moment I was agreeing with my concert buddy on how brilliant a particular lyric or metaphor was. We were of like minds.

It was absolutely lovely.

The housekeeper walked in on us during a particularly raucous song, each of us rocking out in our own way.

She clapped her hands and burst into laughter. So did we.