While I was in San Antonio last week, I enjoyed not only the conference I was attending, but the city too. I took several strolls along the famous San Antonio River Walk. As I discovered, you can follow the bank of the San Antonio River for several miles along a network of paths that are inset one story below the hustle and bustle of automobile traffic. For part of the River Walk, you’re surrounded by hotels, restaurants, and shops, with river taxis and tour barges whirring by. But past the commercial district, it’s all peace and quiet. On that leg of my walk, I saw more ducks than people. This was quite the change for me, coming from New York City. The place to go for “green” in NYC is Central Park. No matter when you go though, there are gobs of people there, on all the paths and lawns. I definitely enjoyed the solitude and silence I found in San Antonio. Here are some photos from my excursion on the River Walk. 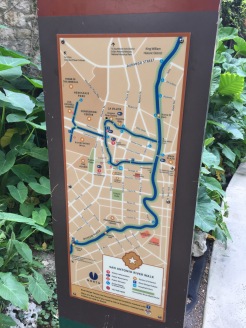 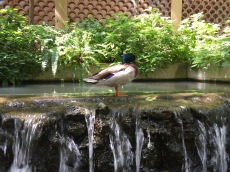 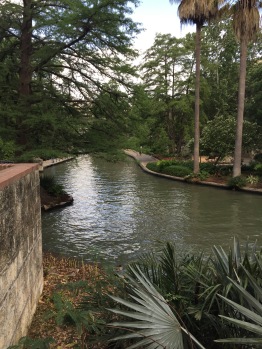 Being in the Southwest, I also enjoyed the prevalence of Latino culture. As I made my way along the River Walk, I stopped for lunch at a Mexican restaurant. While waiting for my enchiladas, the table decor, a large sheet of paper protected under a layer of glass, caught my eye. At the top of the paper, the title read “Serpientes y Escalaras.” I realized this was a game board — in Spanish — for “Shoots and Ladders,” which I’d played so many times as a kid. I couldn’t resist taking pictures of the board, including the Spanish-language instructions.

Instructions for the Spanish version of “Shoots and Ladders”

Instructions (continued) for the Spanish version of “Shoots and Ladders”

Spanish “Shoots and Ladders” game board, my table decor at the Mexican restaurant where I ate lunch on the San Antonio River Walk. 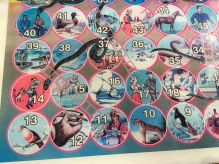 Another view of the game board

All in all, it was a wonderful trip — I got to both learn and unwind. Still, it’s always good to be home.