The Art Institute of Chicago is one of my favorite destinations in my former home-city. So I knew it wouldn’t be long before I visited The Metropolitan Museum of Art (“The Met”) to see what it has to offer. I was not disappointed. 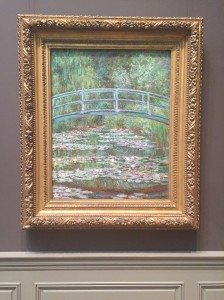 Monet is famous for his studies of this bridge overlooking water lilies.

I quickly found The Met’s Impressionist galleries—a favorite of mine at the Art Institute—and felt right at home amid the masterpieces by Monet, Manet, Renoir, Van Gogh, Seurat, and others. Monet is known for creating a series of paintings of the same setting—haystacks, cliffs, a bridge overlooking water lilies for example—but painting them at different times of day or seasons to capture various effects of light and other environmental cues. It was fascinating to see the same subject as I’d seen at the Art Institute, but painted in a slightly different way. Like seeing an old friend who’s wearing a different expression on her face. 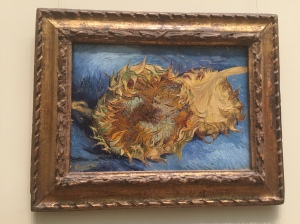 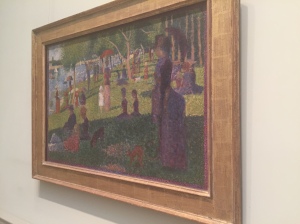 This is Georges Seurat’s final sketch for a massive painting that hangs in the Art Institute of Chicago called “A Sunday Afternoon on the Island of La Grande Jatte.”

I wandered through the galleries until I came to a special exhibit called “China: Through the Looking Glass.” According to The Met’s website, in this exhibit “high fashion is juxtaposed with Chinese costumes, paintings, porcelains, and other art, including films, to reveal enchanting reflections of Chinese imagery.” The exhibit was breathtaking. Here are some photos I took. 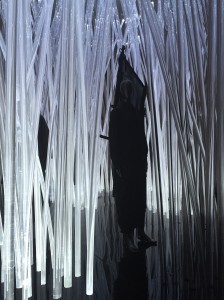 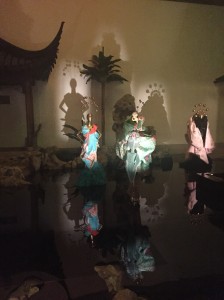 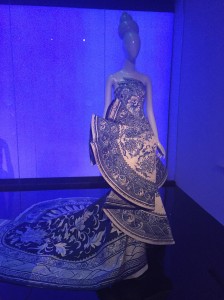 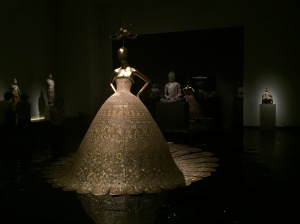 In contrast to the very new haute couture, I also saw Assyrian relief scupltures that dated as far back as 800 B.C. That’s nearly 3,000 years old! What a feeling to be in the same room as something that ancient.

In the couple of hours I was at The Met, I saw only a fraction of the collection. I can’t wait to go back. 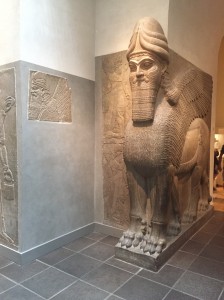